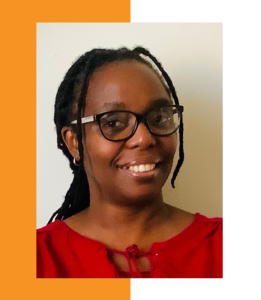 My siblings consist of eight individuals ranging from the ages of 42 and 60 years. The difference between the first six children is pretty much a staircase. For some strange reason, my parents broke with the pattern and went on a 6-year hiatus after the sixth child was born - creating a six-year difference between the sixth born and the 7th born. My older siblings tend to describe my family as part one and part two. Part one consists of the first 6, and part two the last three. I am the 7th born. Being in the latter group, my other two subling's idea of fun was rough play and pretend hunting, which I didn't find appealing.

Fun for me would have been hanging out with my older siblings every single waking hour. But because we lived on a farm in rural Kenya, those fun times were few and far between. Since when they were not in school, the older ones helped with chores around the farm, I learnt at a very early age to find alternative ways of entertainment, through books.

Books provided me with a sweet escape from the tedium of rural living. I read anything I could get my hands on - which in my house consisted of an odd assortment of books that my father had. Two that stand out in my memory were a book on Vikings and a book on first aid. To this day, I remember the odd bits of information I gleaned from them - like the ingenuity of the Viking ships and what one did if a friend's leg fractured while out in the middle of nowhere. The opening of a well-stocked council library in the town near my home fed my thirst for knowledge through books. The library unequivocally became the highlight of my young life.

I discovered books by authors aimed at young readers. For example, Enid Blyton with the famous five and secret seven series, Carolyn
Keene with Nancy Drew and, Franklin W. Dixon with Hardy Boys. These authors introduced me to worlds vastly different from mine. Through these books, I had new experiences and visited exciting new worlds. However, as I spent copious amounts of time in my newly discovered worlds, I searched relentlessly for characters that might have looked like me. I wondered if fairies could be found in our little backyard forest on my parents’ land. And why not? If these were indeed magical creatures, why couldn’t they be in any place? Why wouldn’t Santa know where I lived? Maybe he did not visit because no one in my family slept early enough on Christmas eve? No one in my circle of family, friends or others seemed to have the answers.

It was not until much later, when I tried to introduce my children to the same authors that I had fallen in love with when I realised many of these books lacked representational balance. For one, characters that might have looked like me were, for the most part, missing. When present, they were either negatively or inadequately represented. Also, places and activities that I was familiar with were not present in these books. In short, I did not see myself or my geographical space represented in these books.

Often time I would have long conversations around the topic of problematic representation with my best friend Anne. We realised that things needed to change for all children: when books do not represent everyone accurately, everyone is deprived regardless of their background and lived experiences. We always hoped that someone would address this gap. It was not until much later that we realised that, that someone would have to be us.